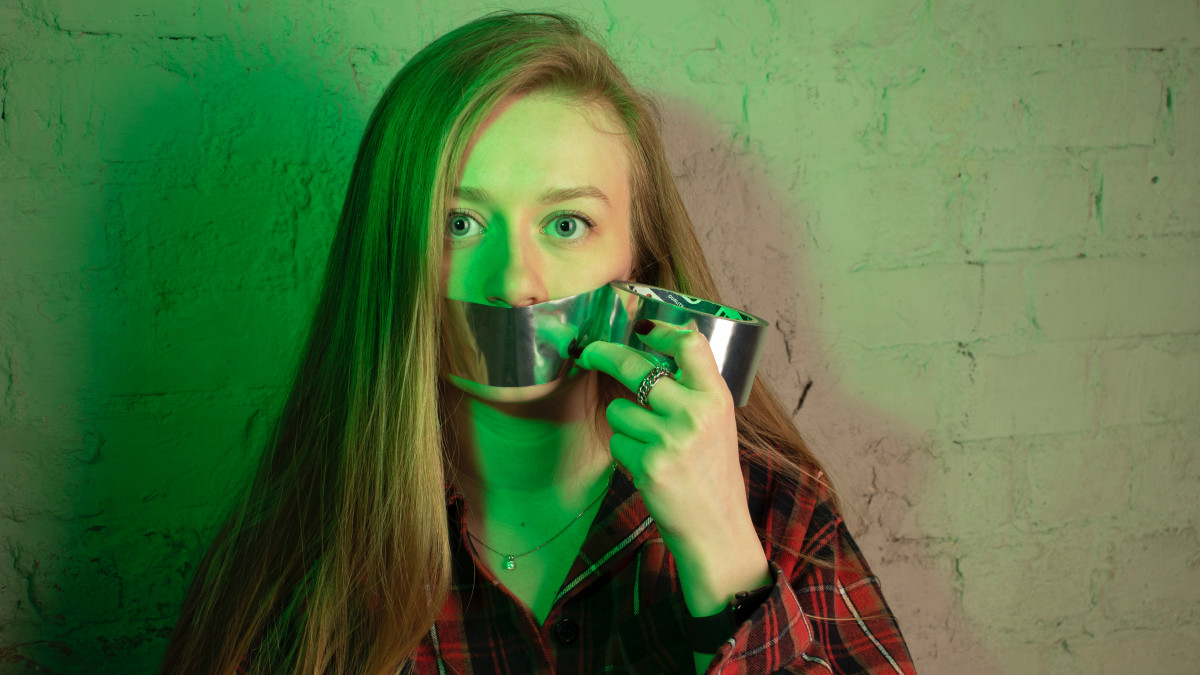 Creating space for your teen to have a unique voice is essential to their development into adults. We need to encourage their exploration of ideas.

When I was a teen, I had a lot of questions.

I was raised in a very Christian-based family where the belief in God was a given. We went to church every Sunday, no exceptions. If we were camping, we had our own services in some picturesque area near our site. My parents assumed that their daughters would attach to the faith that they both held. And why not? As parents, they had done everything right in setting this foundation.

Accept, I was curious. I've always been driven with a need to understand the other side. I've always explored why someone might think differently than me, might believe something different than I do. It was never a drive to change who I was, but to better understand the world and be able to interact with it.

At some point, I began asking questions based on observations I had. If God was the only god, then why were their Buddha and Allah? Is there a chance that they are the same god but just going by other names? Who's to say that our God is the right one (later it dawned on me that this is, indeed, the definition of faith). Why do so many of the different religions have the same moral values, and yet some are "right" and some are "wrong"?

My dad is very well educated in religious philosophy and actually became a Presbyterian as an adult after being raised as a Christian Scientist. So, I think he understood the root of my questions, but my only guess is that the way he handled them was fear that I would stray from the Christian path.

My questions were brushed off by my parents. Some version of "because" usually as the answer. I also asked these questions when I visited my grandmother's Chrisitan Science church - trying to shake out the connections and differences. I was given a polite smile, some acceptable answer, and then moved on.

Similar questions came up surrounding politics. Being from Oklahoma, I was raised in a very conservative household. In my teens, I began to understand that some of the issues my parents backed weren't really aligned with my own beliefs. Again, I asked questions. I was given a "isn't she cute" regarding my arguments for peace during the Gulf War (deeply reminiscent of the 1960s protests as I was in awe of the hippies during that time). Just another teen trying on different masks that I was sure to grow out of. I'm guessing my parents figured I'd fall back in line as I got older.

But, that wasn't the case.

I won't say that I went totally rogue, but I don't think my approach to life is anything like my parents imagined. Since they never took my questions and objections seriously, I don't feel like I ever became a serious adult in their eyes. To this day when I try to present a different point of view, I am not met with respect or even heard out. This is a problem. This reaction, even at 47 years old, immediately triggers me to shut up and go back into myself. I disengaged and "hide" until an appropriate time when I can excuse myself and go elsewhere. Exactly how I reacted as a teen.

We have to make space for our kids to explore the voices and beliefs as they move through adolescence and even adulthood. It is scary for a parent to see their child set off on an unknown path, especially when we don't know how to answer their questions. Especially when their questions and ideas so blatantly go against our core beliefs.

But we have to give them the space to be seen as individuals and not just our kids, and the respect for them to be heard. We need to answer their questions, and if we can't, help them to find the answers they are looking for. This exploration and vocalization is so fundamental in their overall development.

We tell our kids that they can be anyone and do anything, but then we contradict that message when we silence their voices. That silencing tells them that they are wrong. Repeated silencing gives the message that their voice isn't valued and therefore their identity isn't worthy. This is the opposite of what experience we want to give them.

You don't have to agree with your kids' ideas. In fact, I encourage you to open the discussion and possibly a debate. Make them take ownership of these questions and beliefs for themselves, and not just simply rhetoric from something they heard on social media or in class. Make them tell you the why behind their beliefs, while you also explain the why behind your own.

Your kids are not your clone. And while they may walk a similar path as you did, it's not the same. You are not reliving your youth in your child's journey, but rather experiencing an entirely new adventure through the eyes of your child. Help them to embrace that adventure and their exploration. Teach them to use the tools of inquiry and to be confident in sharing their unique voice. We need to hear it - even if we don't like the words that are coming out.