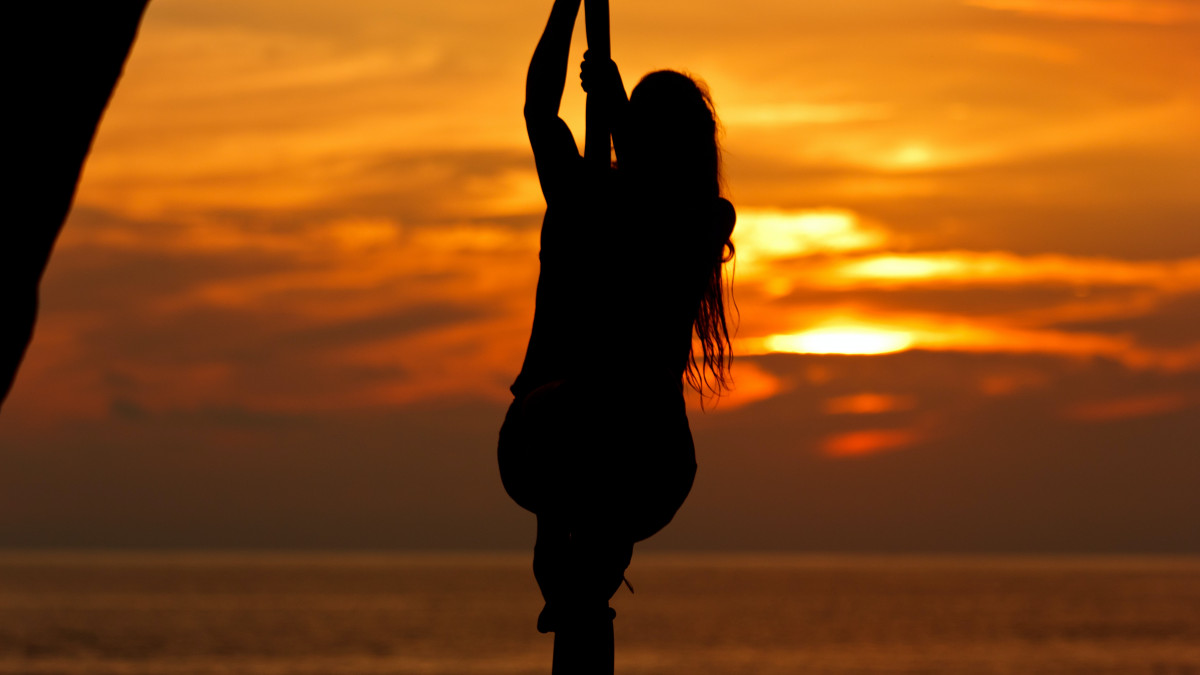 For years that was the driver for most of my movement and adventures. If it sounded like fun, I was in.

Over the years the fun activities began to change to not-so-fun. What started out as something that brought me joy and engaged my playful nature was often shifted to be a chore. I was told I wasn't good enough at the activities to continue. I was not worth the effort to help me get better. That I would do better at a lower weight. That I was too big, too old, too out of shape to play anymore. As I got older, I couldn't play because I had kids. There are bears and snakes, so we shouldn't go. With every experience of my fun being taken away, I fell a little deeper into a hole.

When I look back on my life, I've realized that it's been rooted in movement and play. When I was in first grade I was asked what I wanted to be when I grew up. "A PE teacher", I naturally replied. Why? Because that was the class where I was allowed to move and play. I could showcase my love for being active and there wasn't anything I didn't love in that class. As I continued through school, I tried all of the sports. I just wanted to chance to experience as much movement as possible. I wasn't good at them all and in fact, was pretty lousy a many, but that wasn't the point. The point was the fun. I had two experiences back-to-back that started the change from movement being play to it being something else.

The first was my career in gymnastics. Not that it was much, but I had participated in it since I was a toddler and competed from the ages of about eight until 13. I knew I wasn't going to be an Olympian, but I wanted to see how far I could rise through the competition levels. The thing was that I was getting older. I wasn't a top athlete and the coaches decided I wasn't worth the effort to progress even as they continued to take my parents' money. I was crushed. I would ask for help on a skill, a spot, and a better explanation. I was told no, and then I watch the coach wander off and gush over a younger athlete. I left most nights in tears, even though I entered most practices with my Pollyanna optimism that today would be different. Eventually, I was told to either stop crying, move to a different gym, or quit. I had just changed gyms and didn't know that I wanted to do it again. It killed me because the flying through the air and the challenge of trying a new skill fed my soul, but in the end, I decided to quit.

The second was about a year later. I had tried out for the girls' basketball team. I stunk. Like really bad. Basketball isn't my sport, but I had played the year before and it was fun to play. As tryouts finished up and the team was called I heard my name last... I thought. Then I heard another name. The coach explained that I would be sharing a jersey with another girl. One game I would play and then she would play the next. I was so conflicted. While I was happy to have made the team, the idea of being an on and off member of the team just didn't appeal to me. In the end, I decided to forfeit my spot and "gave" the jersey to the other player. And so I had fun watching the games instead.

There are so many experiencing like these that I've had over the years that have just shifted my view of what I am and am not allowed to do. I've seen it happen in countless other kids who I've worked with at the high school as well. The sadness that comes over all of us when we're told that our favorite way to play is no longer an option for us. For others, yes - they fit the requirements, but we don't. With that sadness bring confusion, shame, and self-doubt which just adds to the downward spiral. Eventually, I found myself stuck in a hole, listening to the sounds of others gleeful play, and desperately wanting to join but having no idea how to get out. And I'm getting more and more people down in this hole with me, and many of them are kids. If kids are starting sports as toddlers then they are often left out. It just needs to stop.

So there are two issues here. One is the availability for continued play for all people of all ages, sizes, abilities, etc. The other is how to help those who have fallen into the hole get out and rejoin the games. The second is what I'm focusing on right now (don't worry as I have plenty to say on the first at another time).

When we're stuck in the hole of sadness and depression, it's not like it's silent. Often we hear the sounds of life going on around us and we desperately want to join in, but just can't seem to move from where we are. The path out is unclear or difficult, so instead of trying we just stay still. And yet that simple act of moving is what will bring us back to play. We have to take the first step. This can be literal physical moving or a virtual step of asking for help. Both truly are needed, but one or the other is fine to get going. Because our need to play and being invited to join in the fun involves both physical and mental healing. However, they are linked. Science has shown that the process of physically moving our bodies connects to our mental health and encourages the healing that needs to occur there as well. Physically moving our body releases the endorphins and serotonin that makes us feel good. What I discovered on my own journey back to play is that committing to a simple walk or short movement practice each day is enough to bring a bit of that optimistic Pollyanna back. There is still work to be done, but the movement is what ignites that healing. Our movement brings fuel to the fire to keep the healing going and help us with forward progress. If we can keep that going - if we can eliminate the shame and self-doubt through therapy or other mental health support (groups, journaling, meditation, a good friend, a coach) then our confidence will also grow and we can return to play. Which is all most of us truly wants. Even as adults, we just want to be invited to play and join in on the fun.

And so I'm inviting you to play.

Look around and see who is in the hole with you. Grab their hands and then look up - I've sent a rope down and you can climb out. I will get in the hole with you and lend a hand if needed, but I'd love for us all to take that first actual step to move and ignite the healing. And then I just want to play. I'll even let you pick the game. 😁